Half a century of searching and developing Ngoc Linh ginseng

The moment to find the first Ngoc Linh ginseng in Ngoc Linh Mountain (Kon Tum - Quang Nam) has been half a century. And this discovery has changed the lives of people not only in the village but also on the way to becoming a national brand. 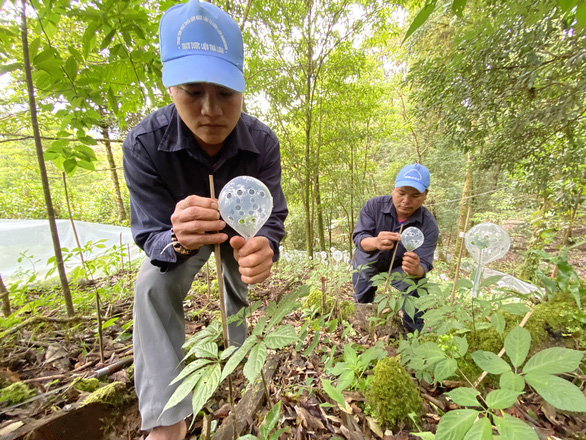 Sharing about the journey to find the "secret" medicinal plant and the concerns about its development, Mr. Dao Kim Long, the leader of the delegation looking for medicinal plants that day, still had his feelings and many wishes to open the way for Ngoc Linh ginseng.

The journey to find and keep the "secret"

In 1970, while being a lecturer at Hanoi University of Pharmacy, pharmacist Dao Kim Long (former director of the Institute of Medicinal Materials Research and Testing Zone 5) received the task of entering the southern battlefield to find medicinal plants for the people and the ministry team.

In 1971, pharmacist Long and 13 colleagues, including 9 fresh graduates, began their journey to find medicine. In June 1972, at a pharmaceutical conference in the entire The Middle of Central region (Zone 5), in a report on the situation of medicinal herbs in the region, Mr. Long gave a speech and emphasized, according to the principle of continental drift, In the Central region, if you want to find ginseng, you have to go to Ngoc Linh Mountain, which is 2,500m higher than sea level.

At the end of the conference, the Party Committee of Zone 5 decided to set up a delegation to go to Ngoc Linh Mountain to find precious medicinal herbs, the leader of the delegation was pharmacist Dao Kim Long. The health board of Kon Tum province sent more pharmacist Nguyen Thi Le to lead the delegation.

Mr. Long said that the delegation set off on October 15, 1972 (lunar calendar), experienced many difficulties and dangers, but fortunately and by chance, on March 19, 1973, the delegation discovered the first tree at 9am.

Based on the distribution of the plant and the evacuation of the ginseng plant, pharmacist Long named it Ngoc Linh ginseng, the scientific name Panax Articulatus. After 12 years, internationally recognized and renamed Panax vietnamensis and IV Grushvistky.

On May 27, 1973, pharmacist Long returned to Area 5, reporting directly to Mr. Vo Chi Cong (Secretary of the Party Committee) the next morning about the recent trip. Mr. Long also added that he discovered 800 species of medicinal herbs and Ngoc Linh ginseng, all documents were sent to the North for research soon after.

The appearance of Ngoc Linh ginseng has attracted a lot of scientific research, in which international research institutes have recognized this as a good ginseng of the world. 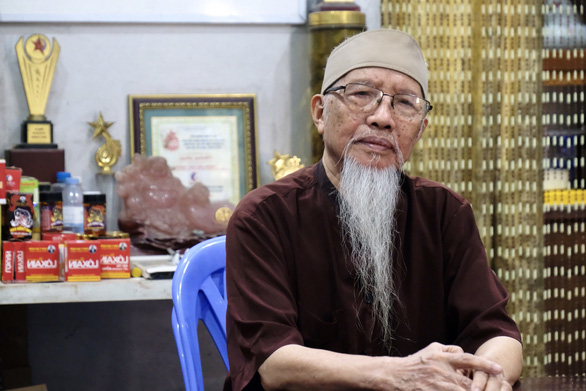 Must be able to eliminate fake ginseng

In 1976, when Zone 5 was dissolved, the pharmaceutical research and testing agency of Military Zone 5 was also dissolved, and Mr. Long moved to Hanoi.

The two ginseng gardens that day were kept and restored by the people of Xe Dang, in 1995, Mr. Long returned, accompanied the delegation of the Ministry of Health and the provincial leaders, went to Ngoc Linh Mountain to re-examine Ngoc Linh Mountain with extended research purposes.

Returning to Ngoc Linh Mountain after nearly 20 years, Mr. Long is not surprised that many people here have incomes up to hundreds of billions, their assets can reach thousands of ginseng trees. "Billionaires in Ngoc Linh Mountain are already very crowded," said Mr. Long.

However, at present, Mr. Long is also concerned with the position of the national treasure of Ngoc Linh ginseng, when it is a national product, there must be a stricter leadership to develop. In particular, in parallel with the development of Ngoc Linh ginseng, building a brand against counterfeit products is extremely important and urgent.

"All scientists want Ngoc Linh ginseng to thrive in the domestic and international markets. And the first step on that road, anti-counterfeiting must be the number one priority," added Mr. Long.

Only in the past 20 years, Ngoc Linh ginseng of Vietnam has been selected as the main research topic or appeared in the works of domestic and international scientists and scholars quite often. In it, there are many articles published in prestigious journals...

Studies have confirmed that Ngoc Linh ginseng is a high-value herbal species in Vietnam, which has been proven to effectively enhance the immune system, memory, anti-inflammatory, anti-stress, anti-cancer and prevent cancer. prevent aging. The rhizomes and roots of ginseng are used as medicine, while the leaves and stems are used to make ginseng tea.

Search with the keyword Panax vietnamensis on the Google Scholar scholarly search page for more than 3,700 results.

Among these, the most cited study (78 times) is "Anti-tumor-promoting Activity of Majonoside-R2 from Vietnamese Ginseng, Panax vietnamensis HA et GRUSHV". from Ngoc Linh ginseng) by a group of 6 Japanese and 1 Vietnamese - Nguyen Minh Duc.

The work was published in the Biological and Pharmaceutical Bulletin, the monthly peer-reviewed medical journal of the Japanese Pharmaceutical Association, 1998. The team tested the inhibitory effect on the Epstein-Barr virus (EBV-) early antigen. EA) of 7 saponins isolated from rhizomes and roots of Ngoc Linh ginseng.

The results showed that, Majonoside-R2 - Ocotillol group's saponins accounted for more than half of the total saponin content of Ngoc Linh ginseng, significantly inhibiting the activation of EBV-EA; and Majornoside-R2 could be a valuable chemopreventive agent that can fight chemoradiocarcinogenesis.

Meanwhile, if filtering works published in the past 1 year, Google Scholar gives 19 results.

The most recent work (June 29, 2022, in the journal Natural Product Research) is "A new sesquiterpene lactone from the leaves of Panax vietnamensis Ha et Grushv. (Vietnamese ginseng)". lactone from Ngoc Linh ginseng) by a group of Vietnamese authors and a foreign researcher - Poul Erik Hansenf (Faculty of Science and Environment, Roskilde University, Denmark).

Sesquiterpene lactones are an important group of natural products obtained from many species of medicinal plants, which are structurally diverse and have healthy biological activities such as anti-cancer, anti-inflammatory, antitumor, antimalarial, Antiviral, antibacterial, antifungal...

In general, the content of research works and scientific articles on Ngoc Linh ginseng revolves around the evaluation of saponin content, as well as properties that may be useful to the pharmaceutical industry, such as anti-cancer, and cosmetics of Ngoc Linh. Active ingredients and compounds isolated from different parts of this ginseng.